Buying a mobile operator in 2015 presented the challenge of adequate unification through social media for Telemach. A comprehensive model of communication needed to be found, appropriate common channels needed to be established, and a competitive advantage over other Slovenian telecom operators needed to be provided.

How to increase engagement?

At the starting point a question arose: How to increase the low engagement of the audience on social media? The challenge we set was to establish a platform for delivering relevant content as well as entertaining, informing and listening to the users with an active and renewed presence.

It’s not all about objective analysis

Creating the strategy for communication is never merely an objective analysis and the delivering of messages. We prepared a cognitive workshop for a better insight into the vision, preferences and expectations of a client. We used that to evaluate the subjective sides of collaboration in addition to the objective analyses of the current situation. At the end of the workshop we connected the rational facts with some heart and together defined the starting points and the objectives of the communication.

The youth are a very exciting, but, at the same time, a very demanding focus group. They are interested in trends, novelties and innovative solutions in the field of telecommunications. The use of modern technology allows them to be constantly in touch with the current social events, and they are constantly connected to their social environment via social media sites.

The use of modern technology and the constant connection to social media were the decisive factors for choosing this channel when planning the communications strategy. We set an objective for ourselves to take into account one of the main advantages of the chosen channel – the immediate establishment of a two-way communication between the provider and the user, and a subsequently genuine rapport between the two.

We established a connected platform of presence on social media, the extent and popularity of which we constantly strengthened with various socially-oriented communications campaigns.

We carried out a number of prize competitions, which took place on Telemach’s social media sites. With them we encouraged and achieved the engagement of users, and, at the same time, delighted them with excellent prizes.

In December, in the month of winter gift-giving, we prepared a series of prize announcements with which we encouraged the users to do something more, and make the day of someone they love with a prize. We gave away Slovenian vignettes, USB sticks, and a mobile phone.

In order to encourage the online purchase of Telemach services we prepared a digital campaign with which we highlighted the advantages of such purchases. In collaboration with team Gojko Ajkula we filmed short one-minute videos of the adventures of a father and son, the progression and conclusion of which we decided with the help of the viewers. Each video posted on Facebook offered the viewers the chance to vote on how the story should continue. We posted the next video based on those results. With that we activated the users and involved them in communication on social media.

The entire campaign was supported with posts on Twitter and Instagram, which were used to guide the users of those social media sites to the landing page of the campaign. Together with a media agency we created an effective media mix which followed the campaign objectives in an optimal way.

In a sea of negative messages among people we often fail to notice everything good that surrounds us. Along with Telemach we wanted to encourage people to use their telecommunication technologies (phones, tablets, computers and online communications), to spread positive messages. We prepared a campaign called #ŠEVEČlepega (#EVENMOREofthegoodstuff), with which we collected and shared even more good, positive moments on social media and the landing page. The campaign was also endorsed by well-known Slovenian athletes (Marko Milič, Peter Prevc, Zoran and Goran Dragić), who charitably donated signed prizes in order to support the idea of spreading positive thought.

On the landing page seveclepega.si the users could contribute their own photos of special moments and tag them with the positive hashtag #ŠEVEČ (#EVENMORE). All collected photos were published on the landing page, while the users were also able to share their positive messages on social media.

Collecting positive messages was also underway on social media, where all the photos with the hashtag #ŠEVEČlepega (#EVENMOREofthegoodstuff) were automatically also posted on the landing page of the campaign.

All the users who contributed their #ŠEVEČlepega photos participated in the prize competition.

The growth of social connections and interactions

The strategic appearance on social media brought Telemach on average a half a million users per month. These generated a total of 120,000 interactions. 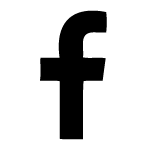 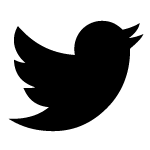 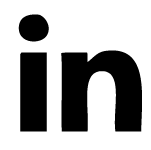 Prejšnji projektGorenje: Win a gourmet dinner with Bine in a live broadcast